Shiba Inu has looked strong after managing to shrug off the recent flash crash and reach new all-time highs. This morning it briefly overtook Dogecoin’s market cap and at press time remained among the top ten coins by market capitalization, according to Coingecko.

Shiba Inu has blown past expectations after rising by 133% in the past four days. It currently ranks as the number 10 coin by market capitalization on Coingecko, and briefly overtook Dogecoin this morning, according to a tweet by CNBCi reporter Ryan Browne.

Part of SHIB’s bullish price action was anticipated by the formation of a symmetrical triangle on the 12-hour chart. Slicing through the pattern’s upper trendline at $0.0000286 on Oct. 23 suggested that prices were bound for a 42% upswing. Such a bullish target was predetermined by measuring the height of the triangle’s y-axis and adding it to the breakout point.

The so-called “Dogecoin killer” was able to reach the symmetrical triangle’s target a few hours after the breakout on Oct. 23, but it appears that many investors have refused to take profits. Further buying pressure has allowed Shiba Inu to surge and make a new all-time high at $0.0000647.

Speculation remains rampant on rumors that Robinhood will add SHIB to its crypto-related offerings. 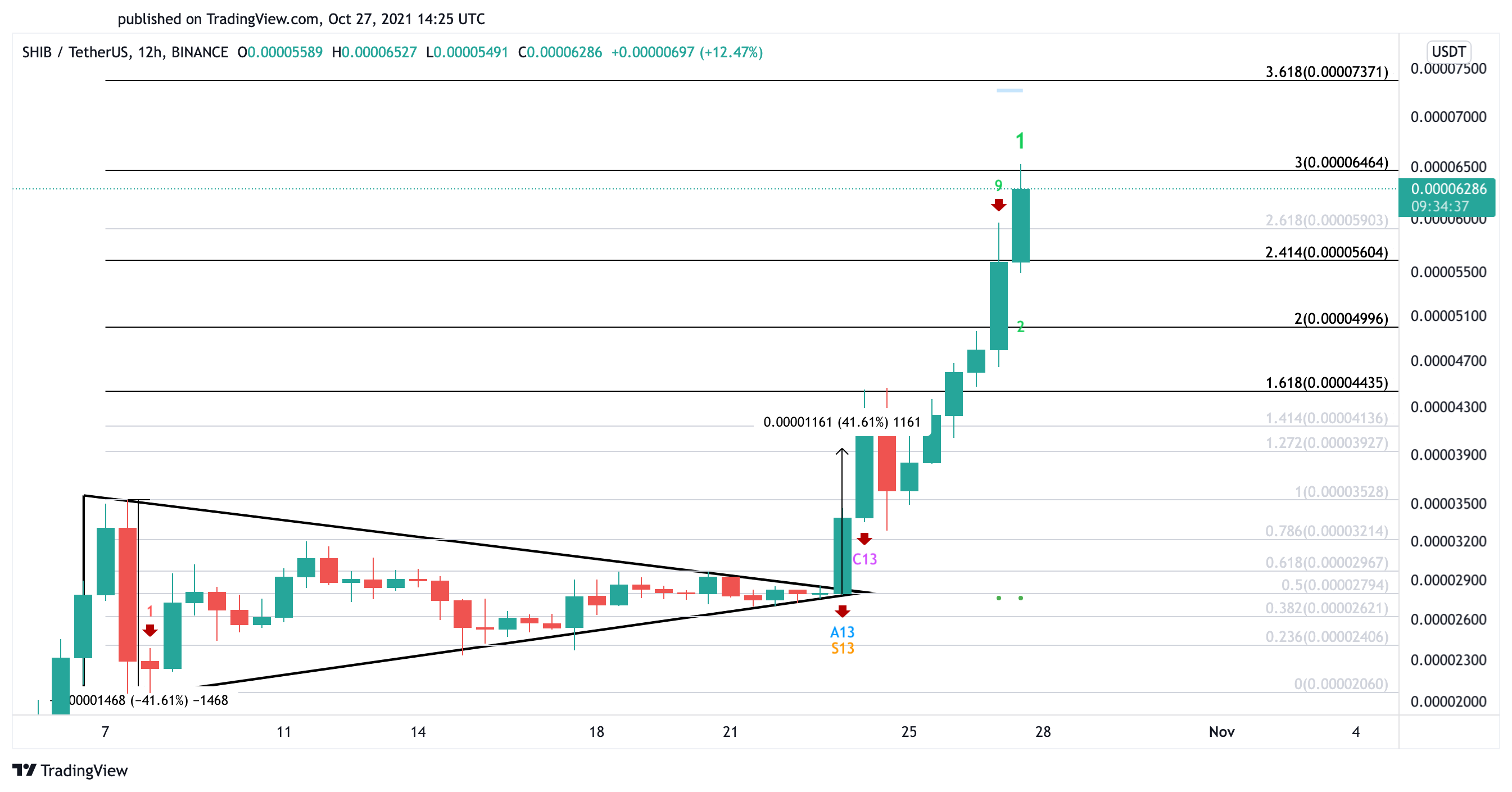 Shiba Inu will likely continue heading north if buy orders continue to pile up since it does not face any discernable resistance barriers ahead. One potential area that may slow down the uptrend lies around $0.0000737. The Tom DeMark (TD) Sequential’s risk line and the 361.8% Fibonacci retracement level sit around this price point.

Shiba Inu’s exponential surge suggests it trades in an overbought territory even though it has entered price discovery mode. For this reason, traders should be alert to a potential increase in profit-taking that might lead to a steep correction. One of the most crucial support levels underneath SHIB sits at $0.0000444, which may be able to keep falling prices at bay.

Disclosure: At the time of writing, the author of this feature owned BTC and ETH.

Invest in crypto easily and safely with skyrex.io